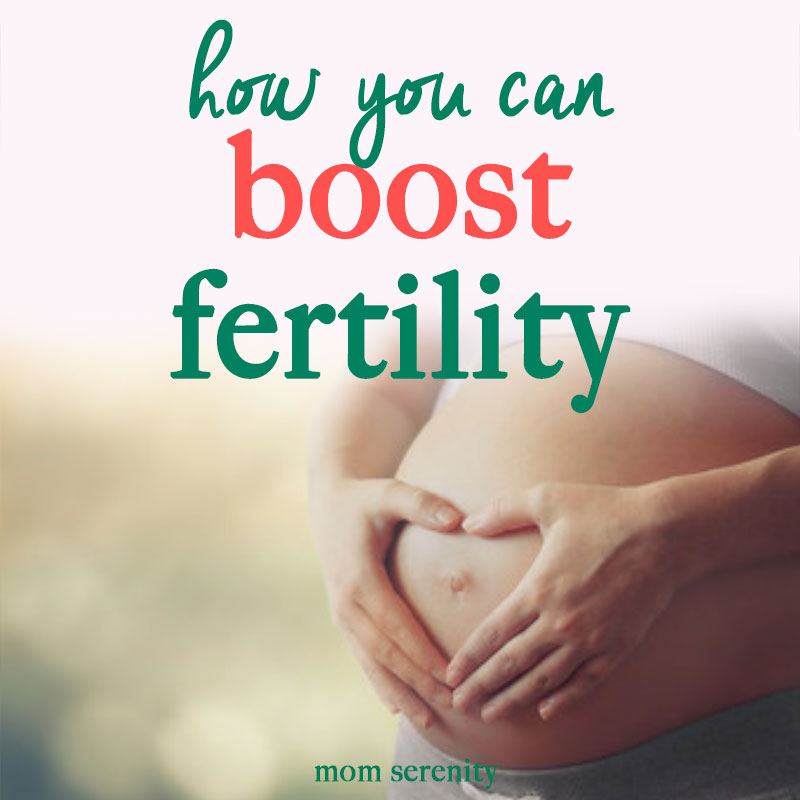 I always knew I wanted a baby. And, like many other hopeful mamas, I had been careful up to that point. I always assumed I could have a baby, because both my mother and grandmother had gotten pregnant easily. Then my sister had a sweet little baby and baby-making urge kicked into high gear. I went into “trying to conceive” mode. But after six months, I was not pregnant… and so begins my story.

When I didn’t get pregnant within six months, I went to see my gynecologist. He took one look at me and said I probably had poly cystic ovarian syndrome. I fit all the classic symptoms. And the reason this mattered is because it can be more difficult for women with PCOS to get pregnant because their eggs are often not released from their ovaries. Women with PCOS often have higher insulin levels, which can inhibit ovulation.

So my doctor prescribed some meds and we went off to try for another six months.

I should also mention I was 35 years old, which is considered an “advanced age” when trying to conceive.

Learning He Had a Chromosomal Abnormality

When that didn’t work, we took at look at my husband’s sperm. After some tests, it was determined that he had a chromosomal abnormality. And in his case, that meant that 75% of any fertilized eggs would fail due to the abnormality.

So I had a double whammy. We calculated that I had only a 1 in 5 chance of getting pregnant and carrying a child to term. Knowing this was really tremendously helpful to me, and I began to research absolutely everything I could find about increasing my chances with PCOS. I could do nothing about the chromosomal abnormality except accept the fact that I would likely have many miscarriages.

Here’s what I did to boost my fertility, all of which I think played a part in getting pregnant:

Lost Weight: I lost 55 lbs on Weight Watchers. I did this because I learned that losing weight, even just 10%, could help me ovulate more often and more regularly. The “fertility zone” is a BMI of 18.5 to 24.

Stopped Drinking Alcohol and Caffeine: I learned that both alcohol and caffeine can impact your ability to conceive, so I cut them out. I figured it was practice for being pregnant anyway.

Began Taking Folic Acid: I learned that women who took multivitamins with at least 400 mg of folic aside were less likely to experience ovulatory infertility.

Began Walking Regularly: I began walking for 30 minutes a day to help me manage my weight and get my body healthier in general.

Began Tracking My Cycles: I bought a Clearblue Fertility Monitor to begin tracking my cycles very carefully. I loved the fertility monitor, by the way, and found it very accurate. Knowing when I was ovulating was SO helpful in trying to conceive.

Began Taking Medications: My doctor prescribed Metformin (glucophage) initially, as it is shown to help with insulin resistance, which can help with PCOS. Later, when I went to a fertility doctor, he also prescribed Clomid. I took BOTH together.

Used Fertility-Boosting Positions: When we were trying to conceive, I stuck to the missionary position and kept my pelvis elevated for a few minutes afterward.

Used Visualization Techniques: I visualized my egg releasing from my ovary. I don’t know that this worked, but it certainly didn’t hurt.

So What Happened After Boosting My Fertility?

I was became pregnant five times over the course of three years. The first four pregnancies ended in miscarriage. The fifth was the winner and I gave birth to a very healthy baby boy via C-section.

The biggest reason I think I was successful in the face of these odds was my tenacity. Once I discovered it was possible to conceive, even if it meant miscarrying, I began to think I had a chance. It wasn’t easy, but I accepted each miscarriage as a stepping stone on my way to success. I kept a positive attitude, because I felt that my mental state was important. And I NEVER GAVE UP.

I hope this helps! Good luck on your pregnancy journey! 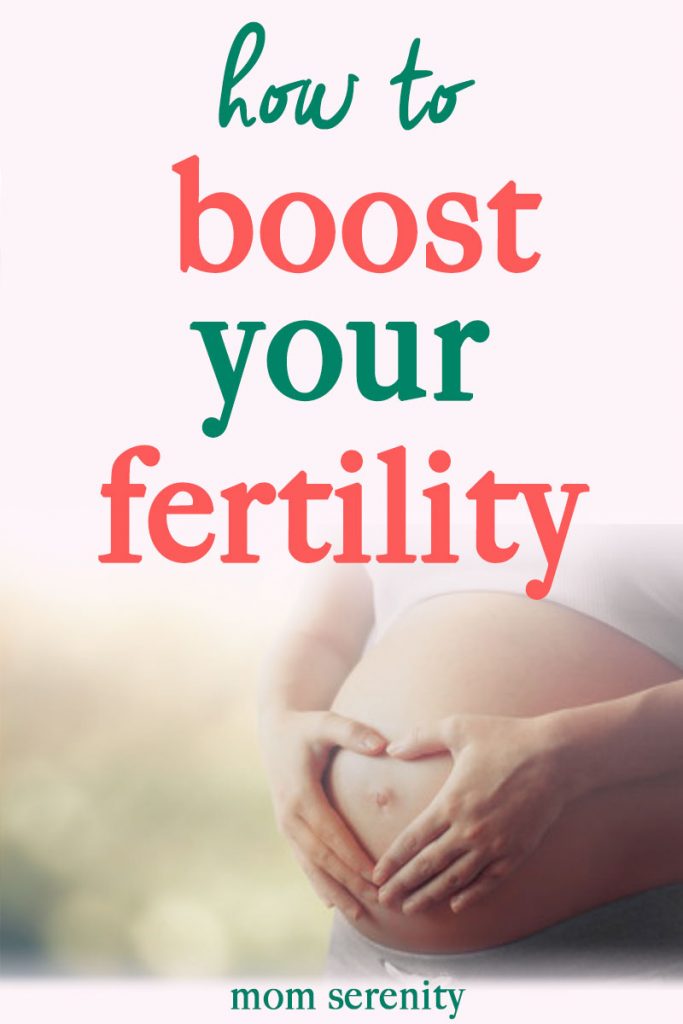 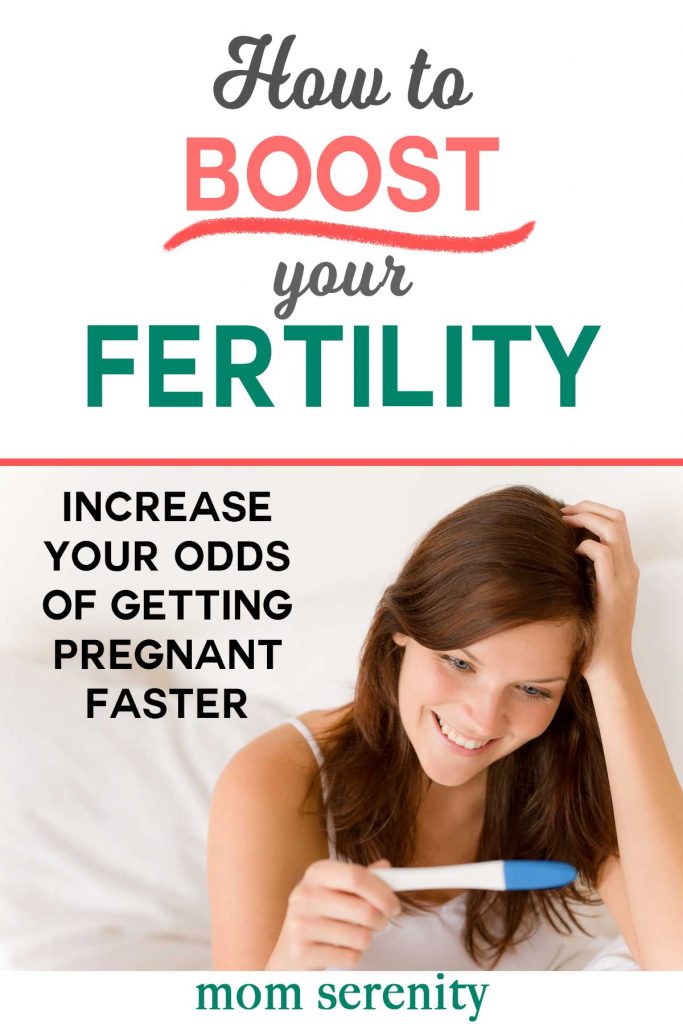 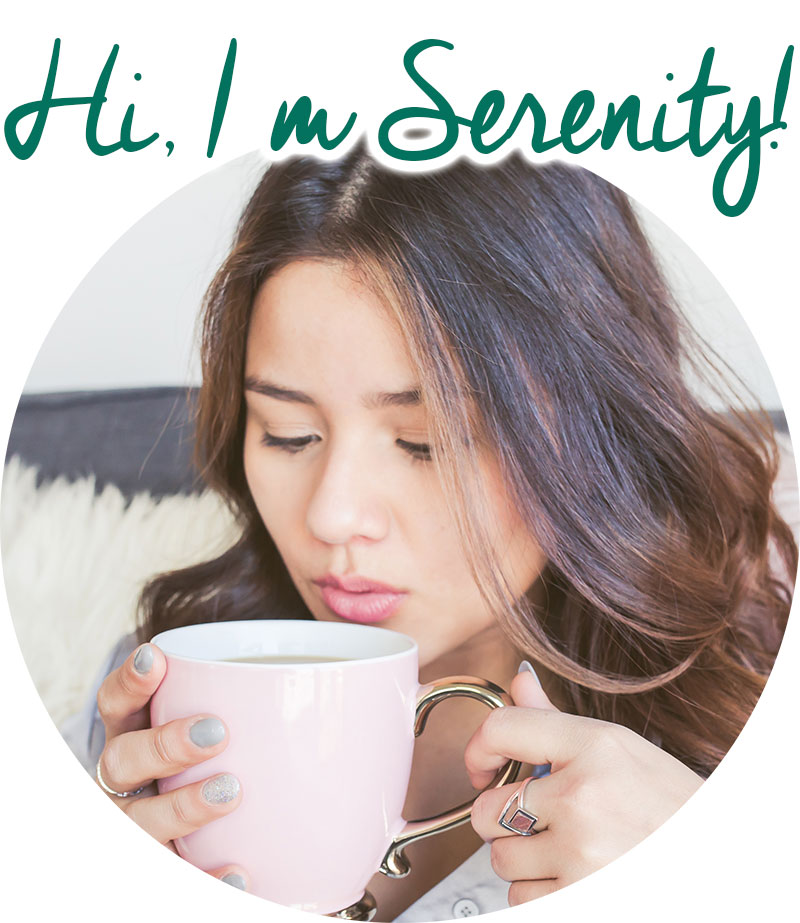 You're welcome and encouraged to link to MomSerenity.com or use a single image with a brief description to link back to any post. Republishing posts in their entirety is prohibited. Feel free to pin on Pinterest!